London has itself a shiny new nightspot, Ember, an underground wine and cocktail bar with various rooms and intimate areas for socialising, enjoying pan-Asian small plates and drinking into the small hours, open until 2am Thursdays and Fridays. Now, it won’t be a great surprise to most of you that we love a good night out at TwoMenAboutTown, especially when checking out the very best restaurants and cocktail bars that London has to offer where we can enjoy some social shenanigans or two, so when the guys invited us down we were there in a jiffy.

Does Ember stack up as somewhere you’d want to spend an evening after a hard day in The City and would it deliver on it’s potential as a premium nightlife spot in the heart of London?

Located at the source of the (not so) Great Fire of London on the iconic Puddling Lane, Ember clearly takes design inspiration from the history of it’s surroundings; glowing copper, industrial metals, woods and lighting adorn the venue, giving a premium and cosy feel. Think fancy and swanky and add another 10%, and you’ve got yourself Ember. 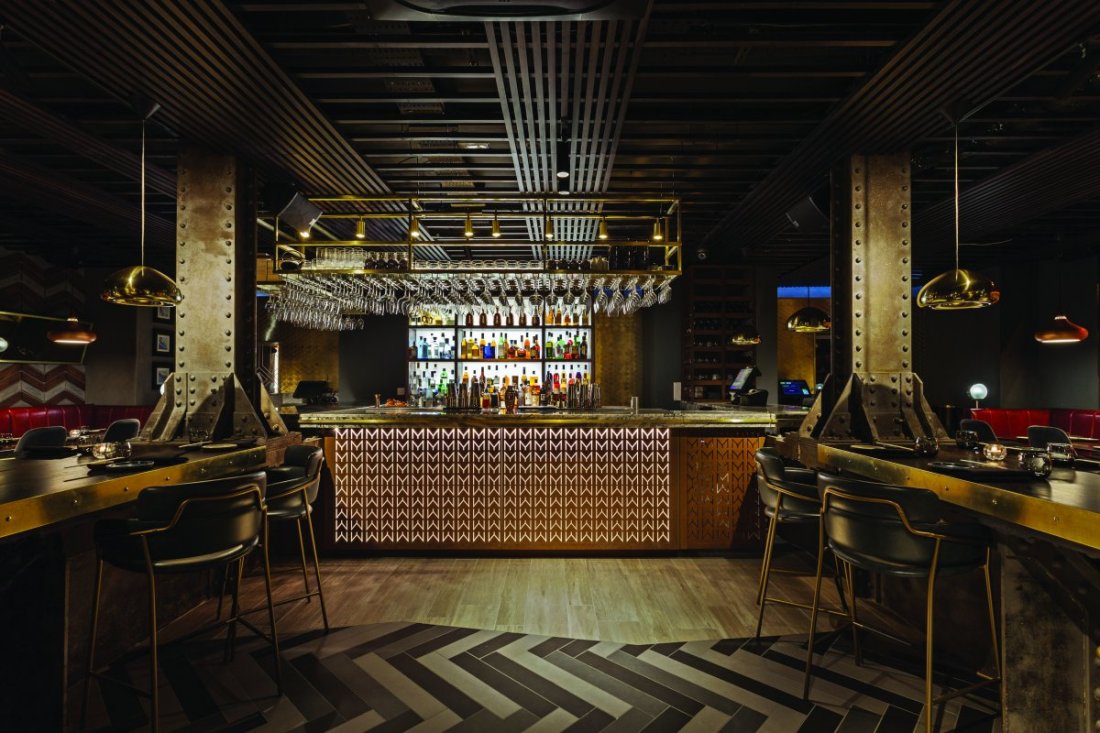 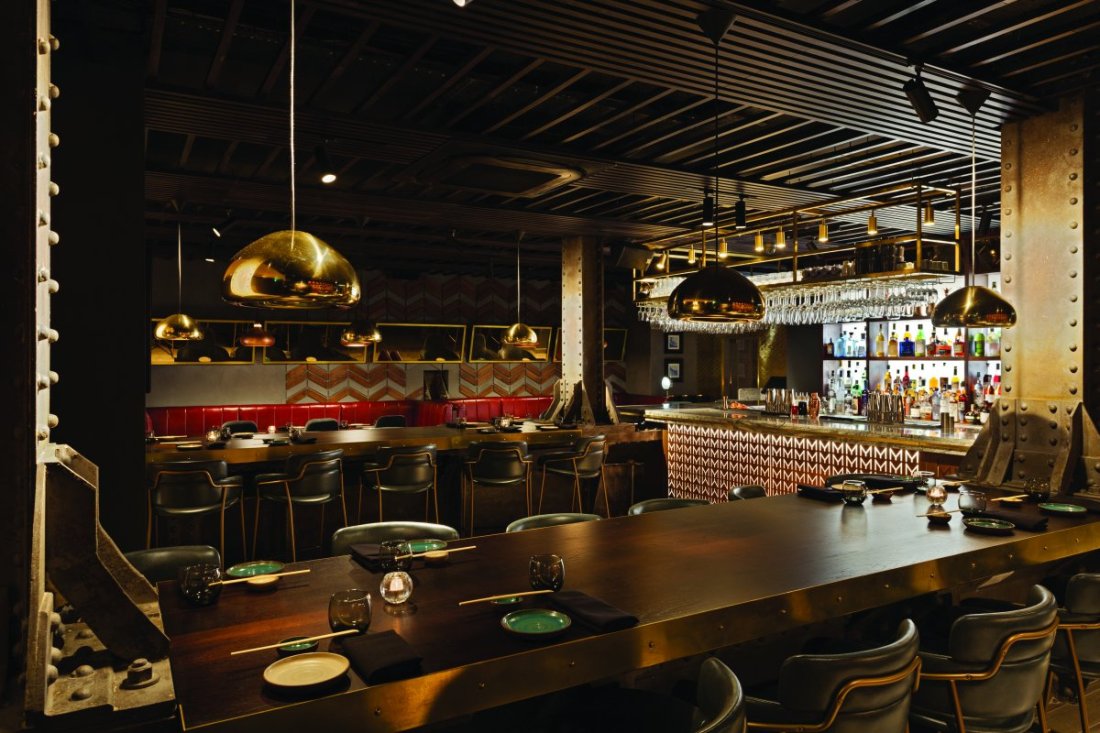 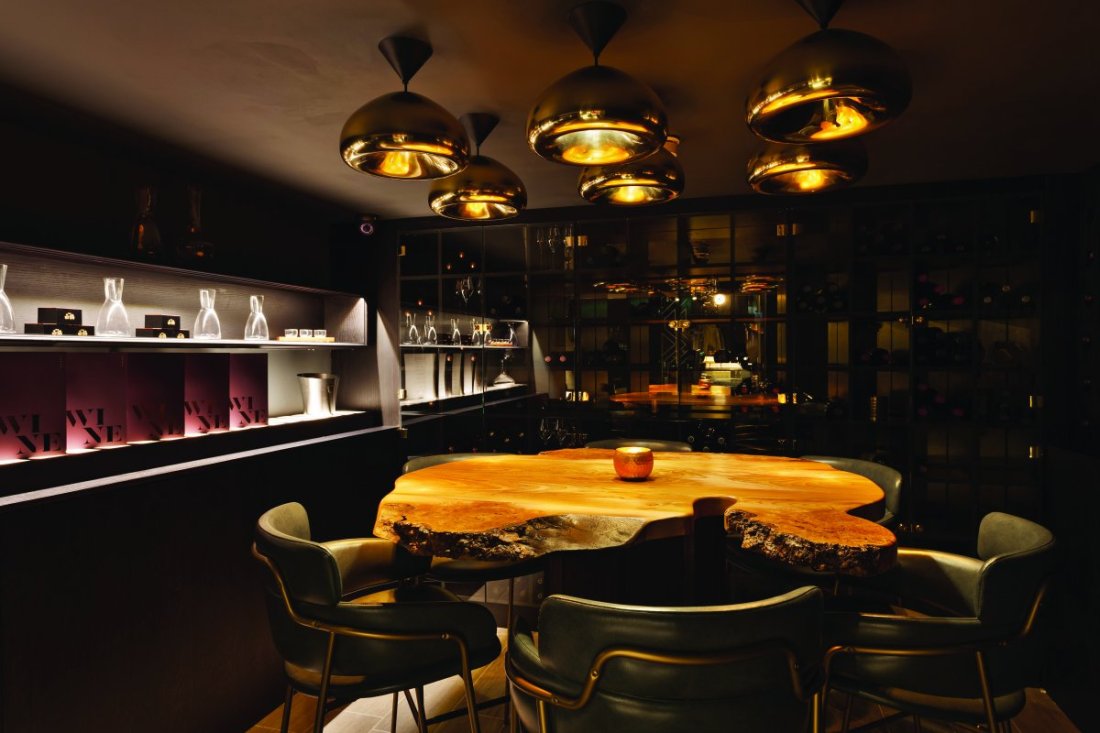 This isn’t some ubiquitous fly-by-night wideboy operation that we see ten-a-penny opening up in London, targeted squarely at wannabe-playboys only to fail a few weeks after launch – no, it’s very evident that some time and real energy has been put into the project, and the results really speak for themselves; we were quite blown away with how stunning Ember looked, hats off to the team behind this in this respect. There’s some real

Alongside soaking up the ambience and getting ourselves comfortable, we sampled a few dishes off the festive menu, enjoying a couple of Ember’s small-dishes which we could totally envisage enjoying with a their fantastic wine list (including an excellent Sauvignon). We had some mixed results on some of the more out-there small-plates, but the overall output was very good and would be a great nibble mid-evening between drinks, saving you having to trudge about London in search of late night gastronomy – instead, order another round of beverages and stay in the comfort of Ember. Keep your eyes peeled as we will be returning in early 2017 to try Ember’s full menu. 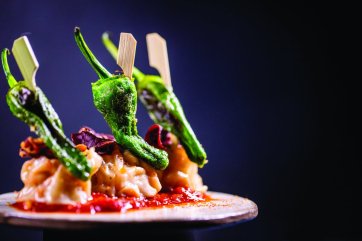 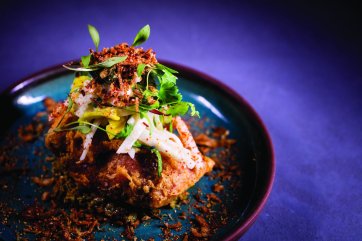 To round off our evening, we enjoyed a selection of cocktails, Ember boasting an original and fresh cocktail menu that really took our fancy. The absolute highlight of this for us was the ‘Electric Daisy’ (pictured below, middle); whilst perhaps not to everybody’s taste, this cocktail is meant to be enjoyed in two-parts. First up, a small edible Acmella Oleracea flower is chewed, which effectively gives the sensation one might attribute to licking a 9-volt battery (which isn’t advisable, FYI), it’s damn-near electrifying – and after the numbing pretty much takes control of your entire mouth, this is followed by the cocktail itself, which soothes and refreshes. The whole cocktail is meant to act as a palette cleanser and awakener of the senses, and proved to be a great and entertaining way to complete our evening at Ember. It’ll knock your socks off, give it a go.

The bars were well serviced and had a great variety of drinks alongside cocktails, including sake, rare spirits and wines – you can have yourself a good night here. 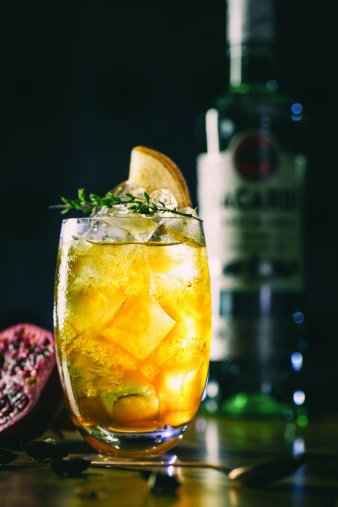 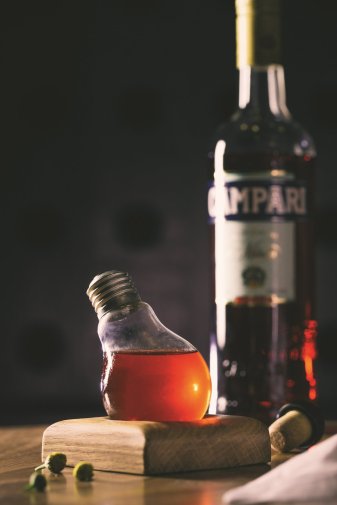 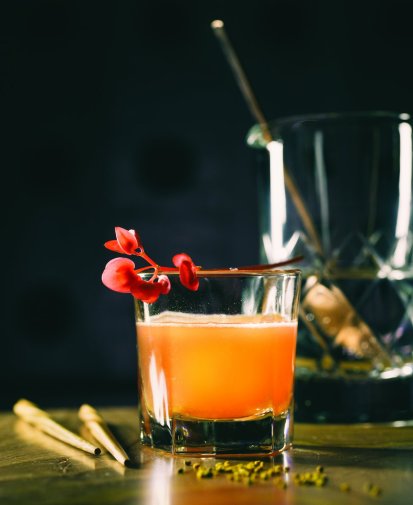 Let out together for the evening, RobRibs and I tend to go off the handle a little bit, sometimes causing chaos, other times lightly insulting a famous A-listers (another story for another time); however, within the confines of this evening in particular we behaved ourselves impeccably and had a fantastic evening with great company, soaking up the lively atmosphere, delightful Prosecco, cocktails and side-plates from Ember’s new Christmas menu.

We loved the extensiveness of the cocktail and wine list, the unique cosy areas set out within the underground bar and the attention to detail throughout the venue; we will certainly be returning with friends and colleagues in the coming weeks to enjoy some drinks and later night entertainment. It’s a fantastic venue for chilling out at the end of a long day in The City and has a lot of promise for the future.

Ember, at the time of this review, is open currently Monday to Wednesday 11:00 – 00:00 & Thursday to Friday 11:00 02:00 although is available for weekend functions. Check it out for yourself at http://www.ember.london/. Thanks to the guys for their hospitality that helped us write this review.

Later addition: if you’re in the area, we recommend giving Swingers crazy golf a go. It’s a blast and would round a meal off at Ember a treat!

4 thoughts on “Ember, London’s Pudding Lane; we take a look at the latest nightspot in The City”